To Church We Go... Again

Can I have that back?

That's not a question I often ask after delivering a painting to its new owner... but I did this time.

I already wrote about how I came to do this painting on a blog post from April 5th. The Pop in this painting is my brother; we share a birthday, and I thought I'd make this a gift for him.  As it turned out, my niece (the mother of these two little ones) was visiting when I went to deliver the painting.  To make a long story short, I said I'd just whip up another one... Oh, if only it were that easy!  I always think it will be for some reason

Actually, it wasn't too hard, but although they were supposed to look exactly alike, I liked the second one sooooooooo much better.
So, I just asked for the first one back.
I wiped out the Nana's face and made it fuller which made her look happier.
I straightened her front leg which made her look thinner.
I thickened her back calf which made her stand straighter and look younger.
I added a vertical fold in the fabric of her blouse which made her seem to stand straighter.
Then I went to work on the Pop.
I added some to the top of his head which made his head not look so squished.
Then I went back to work on the second one after seeing what was better in the first.
I added some bright to the sun-side folds of his pants.
I straightened the roof line of the church.
And I finished out the last tree. 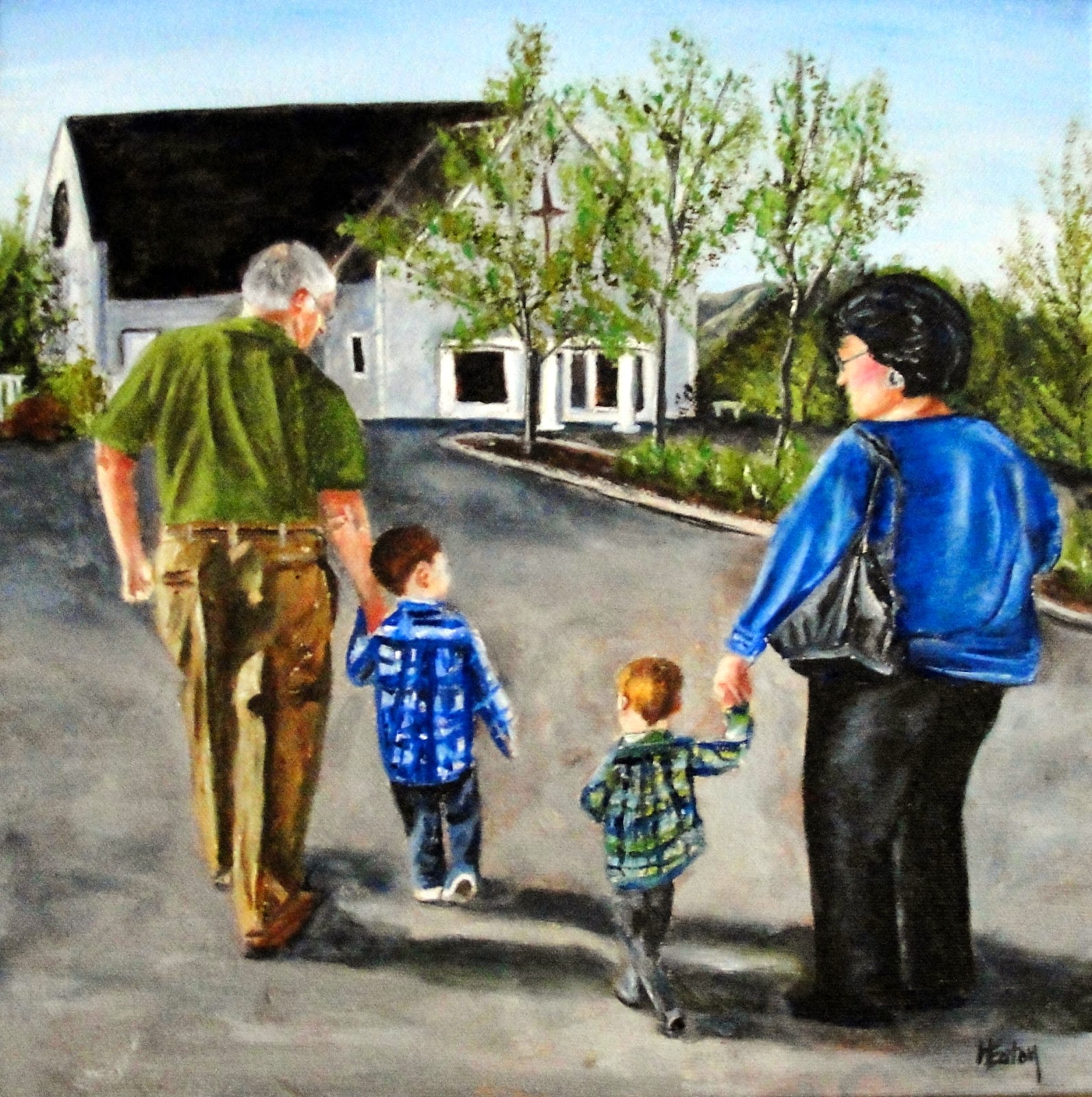 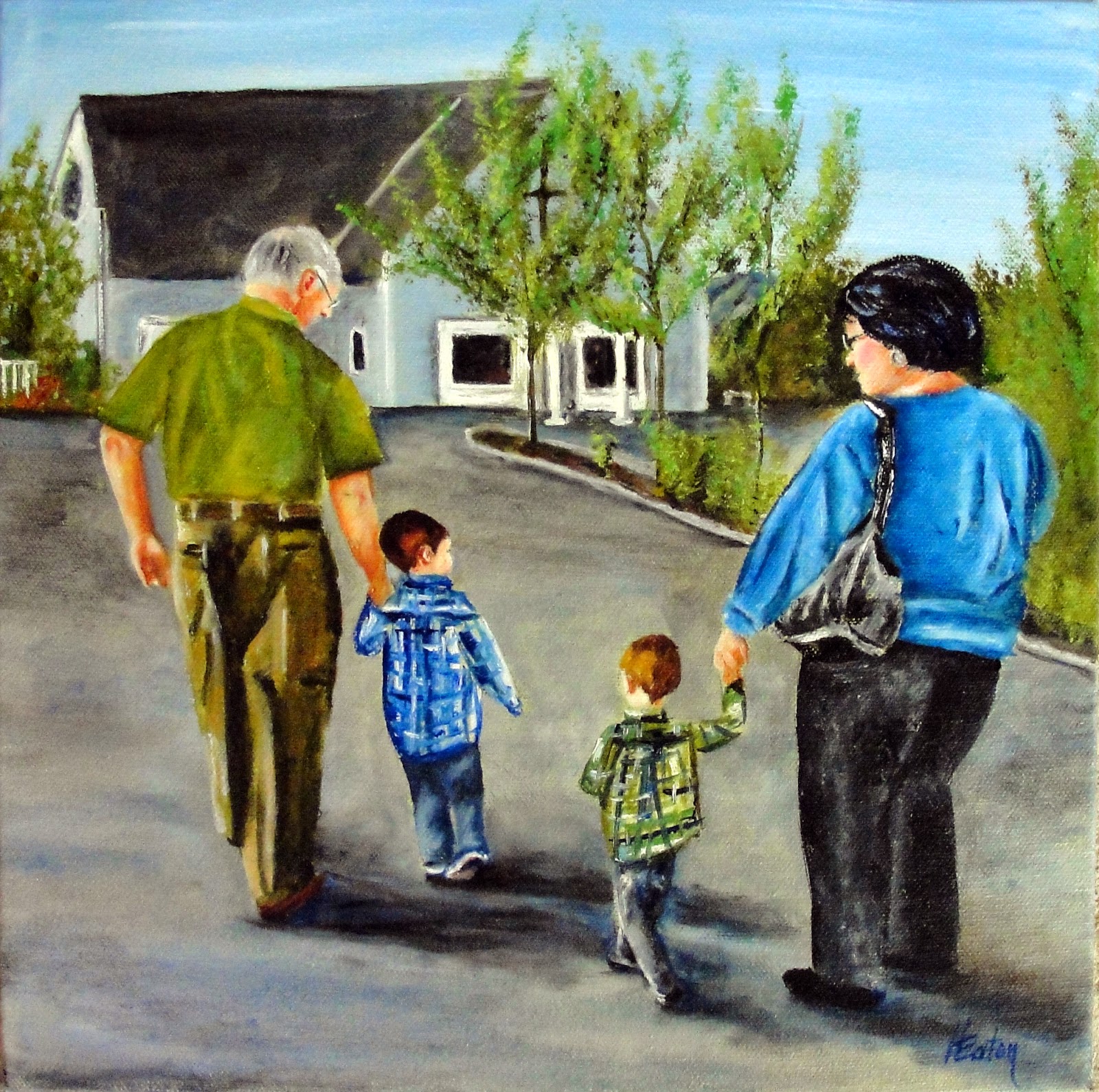 Then I let Pop choose his favorite to take back home.
Which do you think he chose?
Posted by Helen at 5:28 PM 1 comment: 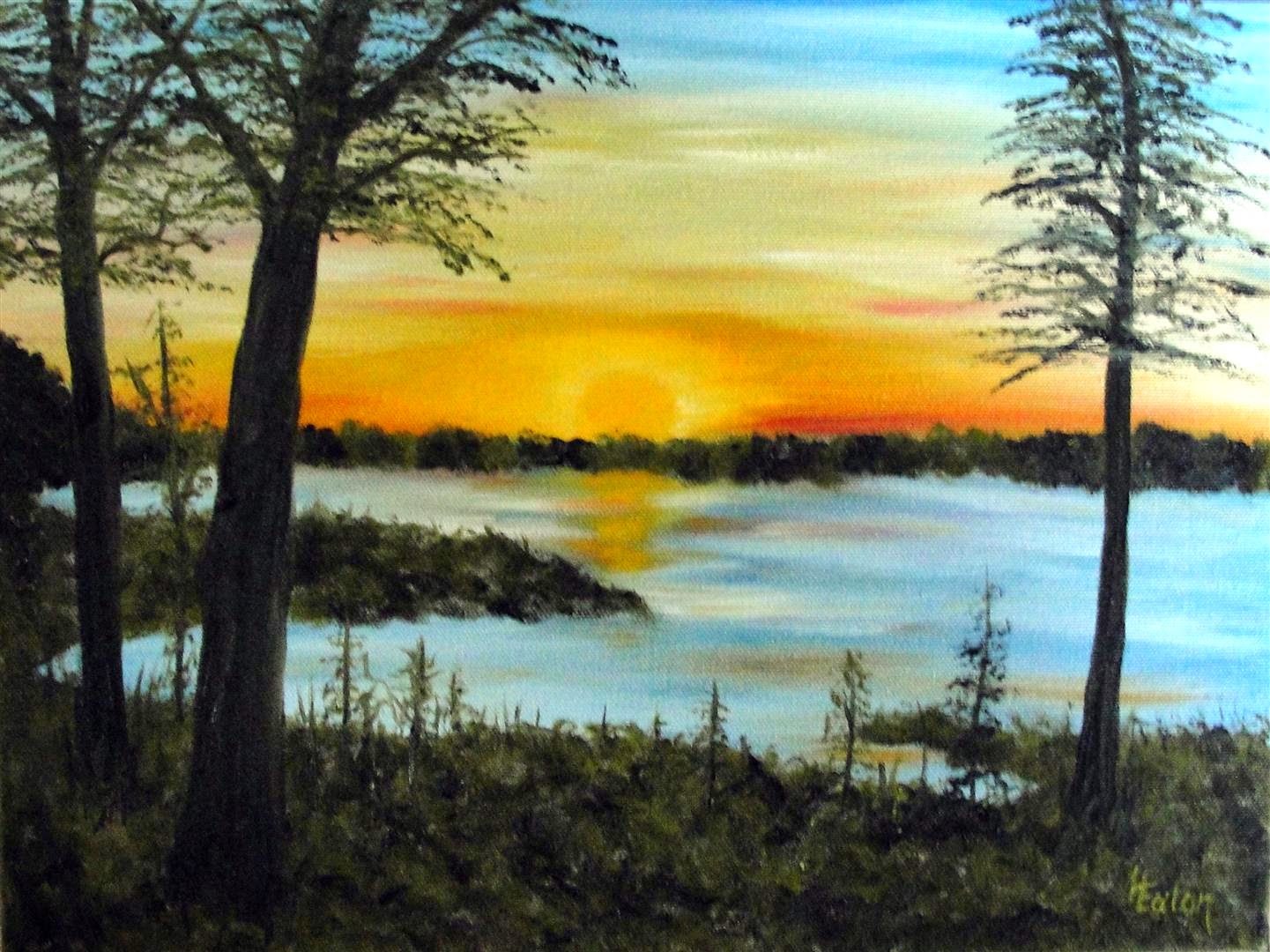 How long does the sunset last?

Actually, I Googled that.  Apparently that depends on where you live.  A sunset lasts between two and twenty minutes.

I live in a forested area, so we don't get to see sunsets very often.  But, what a treat when you happen to be in the right place at the right time! 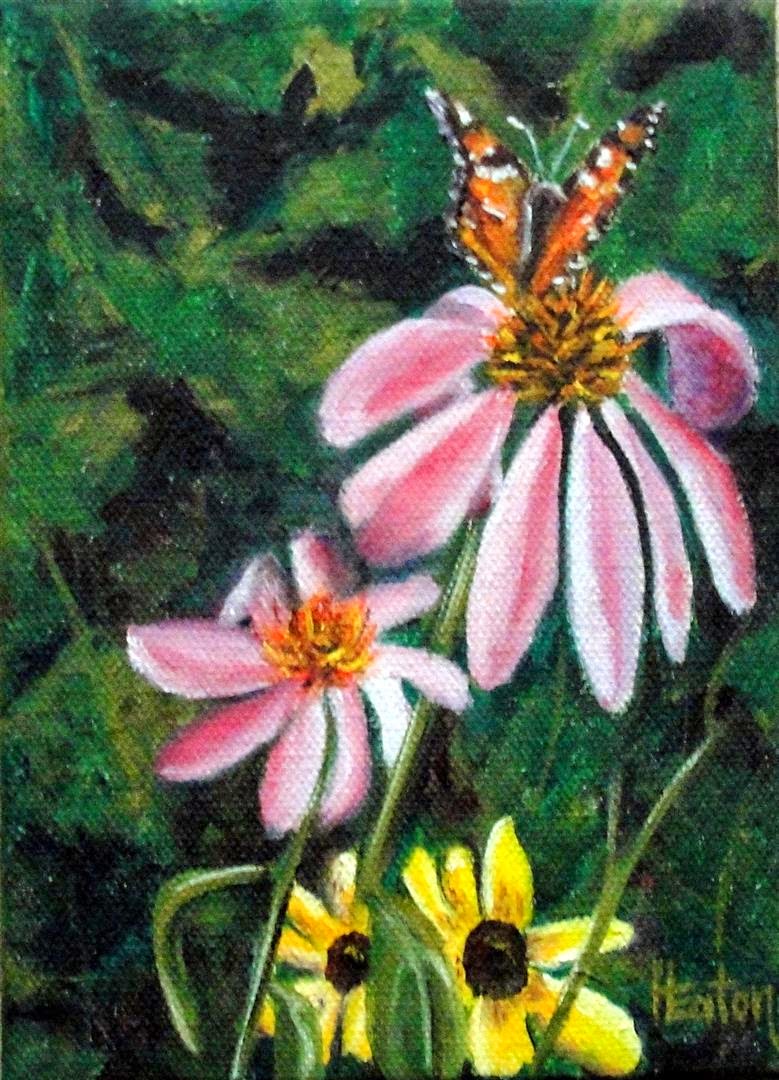 What color is summer?

And, sometimes in summer we get lucky enough to see lots of colors all in one place.